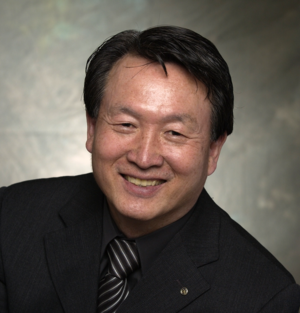 ContacEZ is a leading manufacturer of innovative products that provide solutions to common problems faced by dental practitioners and ensure excellent patient care. Our products are designed to achieve ideal proximal contacts and complete marginal seating with accurate occlusion, perform safe and stress-free interproximal reduction, remove dangerous subgingival overhangs, and more. ContacEZ is the first and only company focused on developing techniques and solutions for the interproximal space.

Dentistry Today recognized ContacEZ Restorative Strips as one of the Top 100 Products of 2008, as did Dental Products Report in 2007. These innovative dental devices are used to achieve ideal proximal contact adjustment and complete marginal seating.

Since its successful debut in October 2006, ContacEZ has been steadily expanding its product line. With a mission for better dentistry, we continuously invest in the research and development of new ways to deliver value to our dentists, provide excellent technical support, and a total satisfaction guarantee.

Our goal is to improve dental health care by providing dentists with devices to enhance patient comfort and safety.

More than 30 years ago, a patient who had lost a crown was assigned to a young dentist, Dr. Daniel Kim. During his examination, Dr. Kim found that the dentin of the prepared portion of the tooth under the crown had decayed and was completely gone, causing the crown to fall off. He learned that his senior dentist in the clinic had seated the crown only two years prior. The cause of decay beneath the crown puzzled him. It was the beginning of his lifelong search for a better crown seating method.

After many years of research and experience in his own dental practice, Dr. Kim determined that incomplete marginal seating with heavy proximal contact is a common cause of dental decay under a crown. Dr. Kim was determined to find a simple technique for restoring ideal proximal contact in restorations.

In proximal contact adjustment Dr. Kim believes that it is important to restore the microscopic clearance or passive contact to relieve pressure between the proximal contact surfaces of the restoration and the adjacent teeth. He refers to this relief of pressure in the interproximal space as “interproximal relief.”

Dr. Kim has been striving for better dentistry throughout his professional career and sharing the simple technique of interproximal relief using ContacEZ Diamond Dental Strip with his fellow practitioners as part of his life long commitment to improving dentistry.

Dr. Kim is an innovative dentist with an eye toward “better dentistry.” He has invented numerous precision dental devices and has continuously sought to improve dentistry throughout his career. He is the inventor of the popular dental instrument Super Plugger. He also holds a variety of U.S. patents for numerous items ranging from dental devices to household items. Dr. Kim has also contributed to numerous dental journals and periodicals.

Dr. Kim has been practicing dentistry in Vancouver, Washington over 30 years. He is a graduate of Seoul National University Dental School. He completed his internship and residency program in Prosthodontics at Kwangju Christian Hospital in Korea. He served the following three years in the military as a captain in a MASH Dental Unit. He had a private dental practice in Seoul and taught Crown and Bridge Construction as a part-time faculty member at Yonsei University Dental School in Korea. He moved to the United States in 1975.

In Vancouver, Washington, he was a part time clinical instructor for the Dental Hygienist Program at Clark College. In addition, he has lectured An Alternative Method of Ridge Augmentation Associated with Complete Denture Construction in the post-doctoral program as a visiting professor at Korea University Medical School Dental Department. Dr. Kim was also a featured speaker at KADA Scientific Sessions and Seminars in Los Angeles and Portland.

Dr. Kim was an accomplished speed ice skater and a member of the Professional Ski Instructors of America. He plays tennis regularly and enjoys playing golf. His patients call him “The Singing Dentist,” since he loves to sing in his office. Dr. Kim’s dancing skills brought him top honors at 2006 Dancing With The Local Stars in his hometown.

Dr. Kim and his wife, “Stella” Hooja, a former college instructor who is now the president of ContacEZ, live in Vancouver, Washington. They have three children: Shilla Kim, a human rights attorney working for the UN in Geneva, Daniel Kim Jr., CEO and Founder of Lit Motors in San Fransisco, and Joshua Kim, who has earned a Master's degree in "New Media," founded a traveling art exhibition and publication entity called Ontologue, and also works as the Director of Sales at ContacEZ.

Copyright ContacEZ - A Division of DirectaDentalGroup All Rights Reserved.